Since 1972, Keep Australia Beautiful Week has been raising
awareness for why we need to protect our environment from waste.

Keep Australia Beautiful Week will be back in 2021! Each year we focus on a particular theme that’s relevant to the community when it comes to waste management and litter prevention.

We’re busy planning this year’s theme. In the meantime, take a look at some of our past campaigns and reach out to the team if you have ideas for this year!

The unprecedented events of 2020 meant we took a different approach to Keep Australia Beautiful Week. Protecting ourselves from the spread of COVID-19 has meant drastic changes to the way we live – from staying at home more to increasing our hygiene practices. However, there are some unintended consequences of this new lifestyle, especially when it comes to the waste we’re producing. Items like single-use food and beverage containers, face masks, hand sanitizer and gloves are in high demand. All with the potential to end up as litter in our beautiful country. Our campaign featured waste items each day of the week with practical tips for how to reduce, reuse and recycle.

Keep Australia Beautiful Week in 2019 focused on preventing litter ending up along the side of roads.

Rubbish thrown from cars can accumulate along roadsides, which not only looking unsightly, but pose a serious threat to wildlife.

States and territories across the country have hefty fines for driving litter bugs. So we urged all Australians to do the right thing and keep your rubbish safe in the car until it can be disposed of properly. 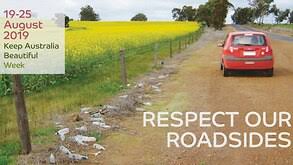 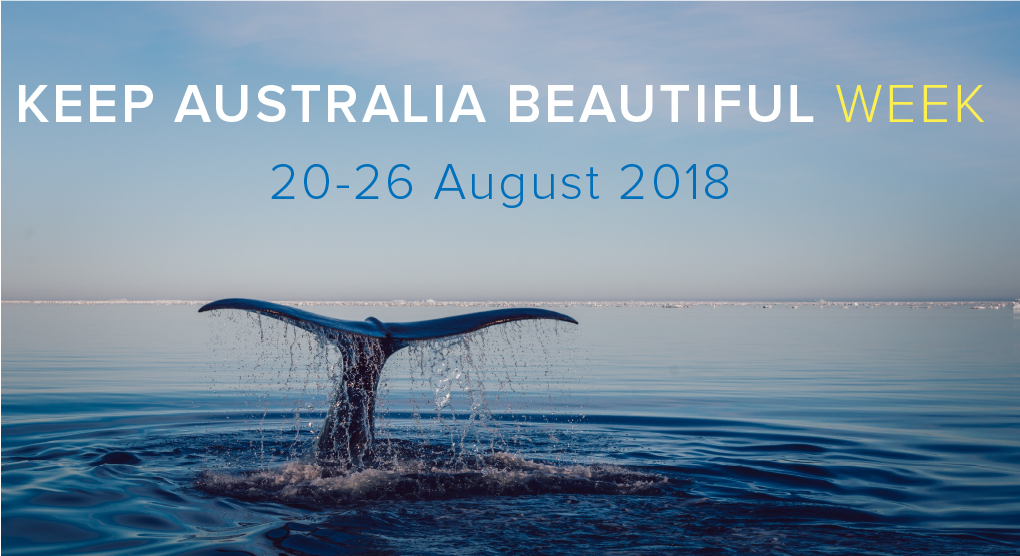 As part of the Keep Australia Beautiful Week 2018 SOS: Save our Seas, KAB held a photo competition from Monday 20 August 2018 to Sunday 26 August 2018, capturing the hard work of volunteers taking part in clean up campaigns around the nation.

During KAB Week 2016, we’ll be activating our Do The Right Thing Campaign in various locations around the country, focusing on cigarette butt litter.

Once this campaign is launched, Councils around Australia will be invited to roll out the program in their area. The ‘ballot bin’ will become available soon.

We’ll keep you updated on the results. Either sign up to our e-news (scroll to the bottom of this page), or get in touch with us at admin@kab.org.au to learn more. 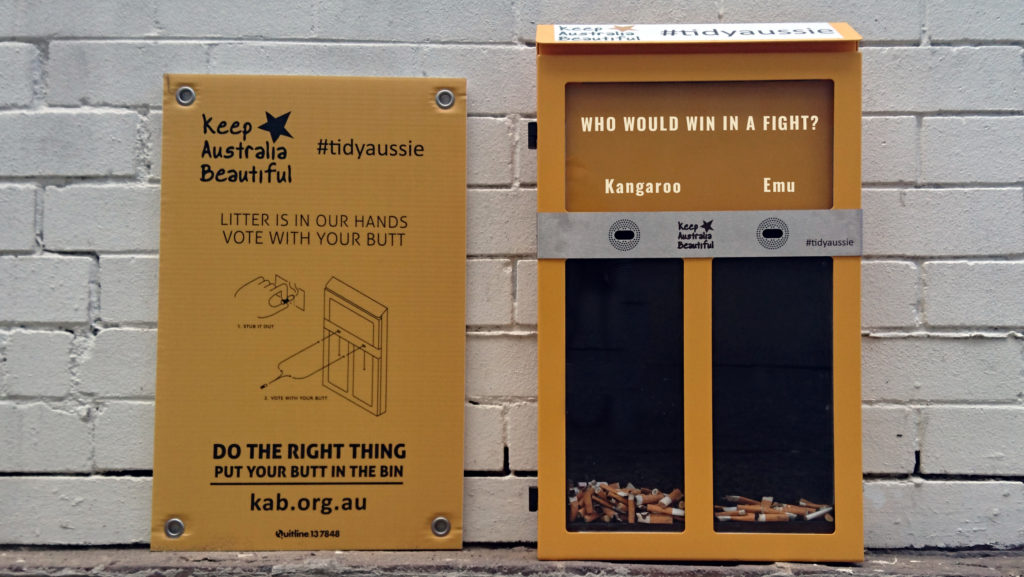 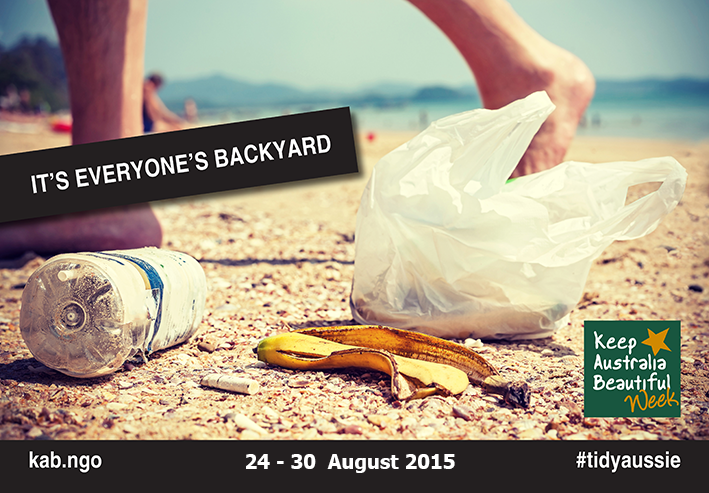 Tidy Aussies are being urged to keep their waterways, roads and neighbourhoods as clean as their own backyards during Keep Australia Beautiful Week.

From 24-30 August 2015, Keep Australia Beautiful (KAB) will be reminding all Australians what an amazing, and beautiful country we have. However, it won’t stay beautiful if we don’t clean up our act when it comes to litter.

Cigarette butts consistently feature at the top of the list of littered items in Australia – and it’s time to butt out and bin it!

It is time for smokers pick up their act. We’re urging smokers to make a conscious effort to ‘Butt It and Bin It’, instead of taking the lazy option of flicking their butts onto the ground.

A staggering 20 million cigarette butts are flicked onto the ground every day in Australia, which equates to around 7 billion per year.
Cigarette butts contain toxic chemicals including arsenic, cadmium and toluene (paint thinner).
They’re plastic and aren’t biodegradable which means they can take up to 10 years to break down.
They pollute our waterways, our parks, our streets and our beaches, and are a danger to our wildlife – and are ugly!
2014 is our 10th anniversary of KAB Week and we’re urging all Australian’s to help keep our beautiful country clean. 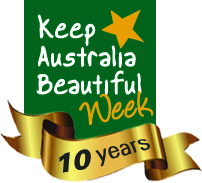 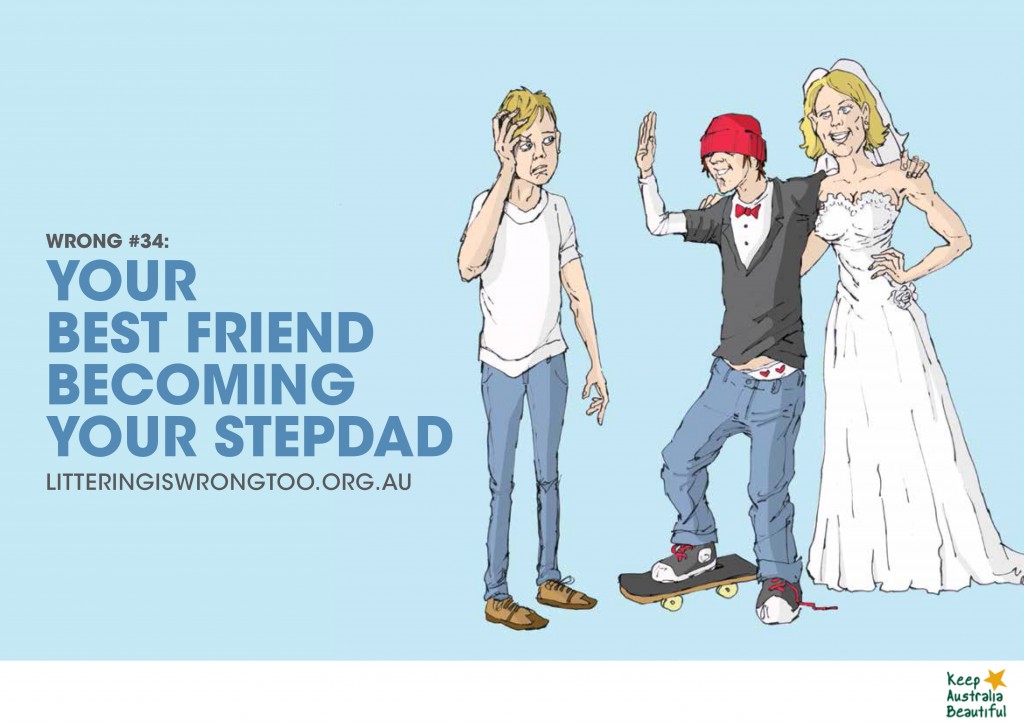 The annual Keep Australia Beautiful Week campaign ran from Monday 19th to Sunday 25th August – and this year we reminded people that ‘Littering is Wrong Too!’

We had nearly 1000 of you go to LitteringIsWrongToo.org.au and enter your funny, tacky, silly or just plain wrong, wrongs.

KAB Week 2013 launched around the country on Monday the 19th including Nova street team promotions in Adelaide, Brisbane, Melbourne, Perth and Sydney. Here’s some photos of the ‘wrongs’.

This year, Keep Australia Beautiful is targeting motorists and holiday-makers, calling on all road users to stop rubbishing our highways and roads with litter.

In the annual National Litter Index, highways and roads are second only to industrial sites, in terms of volume of litter, indicating that many Australians are not doing the right thing with their waste during their travels.

Each year, tens of thousands of tonnes of takeaway wrappers, cups, cigarette butts, drink cans, water bottles, newspapers and more are being littered along our roads and highways, which can ultimately end up in our rivers and oceans.

This poses a threat to people and the environment, and can cause injury to animals and marine life, through polluted and unsafe water ways, bushfires from lit cigarette butts, and food scraps littered on or near busy roads and highways.

So, this year’s campaign is reminding all Australians that litter doesn’t just look ugly, but can be harmful and is costly too! 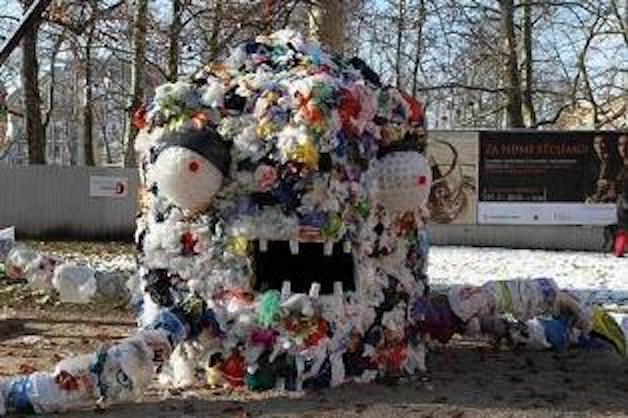 Held from 22nd – 28th August with two key themes: “Dropped on Land, Kills at Sea” and “Where does your rubbish go?” to highlight the harmful impact litter has on our waterways and wildlife.

Around 8 million items of litter enter the marine environment every single day. Around 80% of this is washed from land, with cigarette butts, food and drink wrappers and fishing gear making its way into our oceans and rivers through run-off from storm water drains, or being left on beaches and river banks.

This litter is harming and even killing our marine mammals and other wildlife through entanglement and ingestion, with at least 77 species of marine wildlife found in Australian waters being affected.

Meanwhile, our rubbish is also forming massive floating garbage patches out to sea, one of the largest being the North Pacific Gyre, otherwise known as the Great Pacific Garbage Patch. Twice the size of France and growing exponentially, this garbage patch is threatening to become one of the great ecological disasters of our time.

The focus in 2010 was on public place recycling to help reduce litter on our streets and waste needlessly being sent to landfill when people are out and about.

With only just over half the total 43.5 million tonnes of waste Australians produce each year being recycled, we all need to find ways to help increase the amount of waste we reuse and recycle instead of simply throwing it away.

Whilst around 90% of households have access to kerbside recycling and 99% of people say they are participating in some form of re-use or recycling at home, we continue to produce waste at unsustainable levels.

A major challenge for us all is to find ways that we can recycle more when we are away from home. By recycling more when we are out and about, it means our rubbish can instead be recycled into new products. This reduces our use of natural resources and means less rubbish in landfill. 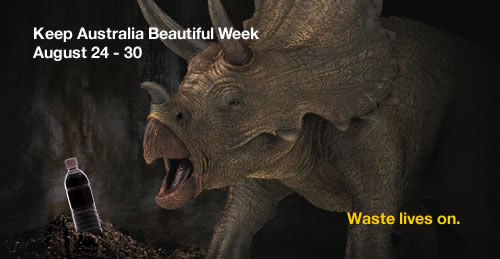 When we throw things in the bin we often don’t realise its future impact. Plastic can last for thousands of years and some materials never break down. That means if things like empty bottles had been around when the dinosaurs roamed the earth we would still be finding them today.