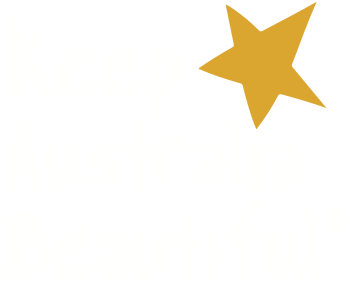 China’s recent decision to stop accepting and disposing of foreign waste has hit Australia hard, and the government is set to invest millions into education and infrastructure to improve waste disposal practices. Living in a country in the grips of a recycling crisis has led many Australians to question the environmental impact of their own actions at home. One area under scrutiny is waste disposal units. Many people like them for their convenience and because they stop kitchen leftovers from ending in landfill. Yet studies have shown that they might not be as environmentally friendly as first thought. Recent research found they might even have three times the environmental impact of the food entering landfill.

Arguing the environmental impact
Popular in the US and Australia, waste disposal units are not the norm in many other countries. They’ve even been banned in some areas of Europe. One issue that could have a negative effect on the environment comes from piling waste down the sink (and mushing it up into tiny pieces). This can then enter the eco system and cause issues for aquatic life. Another problem is that grease (and particularly animal fat) can accumulate with other waste in drains and sewers. In December 2017, Queensland Urban Utilities released footage of a series of huge balls of congealed animal fats, grease, sanitary products and baby wipes. These so-called FATBERGs can cause massive problems in the sewers and drainage systems.

On the positive side, food waste that is disposed of via a waste disposal unit won’t end up in landfills. Currently around 19 million tonnes of food end up there, making up 25% of all the waste. It’s obvious then that, when it comes to the environment, waste disposal units are a subject of much debate. But what are the alternatives?

Clever composting
By far the ‘greenest’ way to get rid of waste is to invest in a composting. Here food waste is mixed in a large ‘composter’ with other dry, biodegradable waste (such as dry leaves and newspaper) to break down. It leaves a nutrient rich, organic matter that can work wonders for the garden. Some people think composting is a complicated process, but It’s actually very simple. A bottomless compost bin is the most convenient way to compost as the contents automatically drop directly onto the soil. And if a good balance of wet to dry material is maintained there will be no smell at all. A way to be even more sustainable is to complete the cycle by growing your own fruit and veg with the compost. It’s a great way to ensure the food you eat is 100% organic and of course with all that nutrient rich compost your veggies should flourish. The number of Australian citizens disposing of waste by composting is dropping – surprising considering the benefits for both the environment and for the garden.

Rethink food purchases and portions
Another way to reduce food waste is to buy less food (in turn reducing the amount of food you throw away). Planning meals on a weekly basis and buying only what you need is good for your bank balance, your waistline and the environment but that means ignoring those tempting ‘too good to miss’ offers and not ‘saving’ by buying in bulk. Think about portion control too. We’ve all fallen foul of having ‘eyes bigger than bellies’ but eating smaller portions will ensure less is thrown away and a positive effect on health and wellbeing too. Leftovers can also be turned into some tasty dishes.

How environmentally friendly waste disposal units are is certainly a hot topic. If you have one in your home perhaps try to use it less and dispose of your kitchen waste in a way that’s good for the environment.